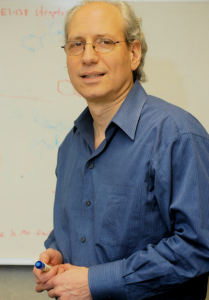 Dr. Robert Zipkin is the founder and scientific director of Med Chem 101.  He brings over 35 years of successful biochemistry, medicinal chemistry and pharmacology research experience to the company. He is a proven leader and innovator in the life sciences, initiating, directing and managing numerous fruitful projects and collaborations. Dr. Zipkin’s experience resides in several areas within the broad field of preclinical drug discovery research including target selection and validation, lead finding, receptor deorphaning, drug design and medicinal chemistry. He is a proponent of the use of natural products or their derivatives as leads in drug discovery.

Prior to the founding of Med Chem 101, Dr. Zipkin was the scientific founder of BIOMOL Research Laboratories where he was president and scientific director. Under his leadership the company evolved and grew to become BIOMOL International, a multinational developer of biochemical research tools and reagents. In addition to developing tools for use in life science research, BIOMOL carried out several drug discovery programs including the development of eicosanoid-related anti-inflammatory agents, endocannabinoid-based analgesic agents as well as the development of new anticancer agents based on interfering with the sphingolipid cycle.  Many of these programs were NIH SBIR funded. BIOMOL was propelled into the international limelight when it announced its findings that the red wine natural product resveratrol stimulates Sirt1 deacetylase activity which might be useful as a new class of lifespan extension agents. This discovery later became the basis for the founding of Sirtris Pharmaceuticals.

Dr. Zipkin earned a B.S. degree in chemistry (1979) from Drexel University in Philadelphia and carried out natural product synthesis research with Professor Robert O. Hutchins as an undergrad. The University honored Dr. Zipkin with the Distinguished Alumnus Entrepreneur Award in 2004.  Dr. Zipkin earned a Ph.D. degree in organic chemistry (1984) at the University of Pennsylvania working with Professor K.C. Nicolaou where he successfully developed and carried out syntheses for numerous bioactive metabolites of arachidonic acid including leukotriene B4 and HETEs as well as other biologically active unstable lipids such as fecapentaene. He founded BIOMOL immediately after completing his degree.